As though made for new experiences and exploring, but also for reiterating and confirming the already known facts – Istria is a unique and distinctive peninsula around which the Adriatic Sea cut deeply into the mainland. Blending with the indented coast, the sea and Istria create a magic oasis of peace and a place full of tradition, authentic experiences and seductive gastronomy. Remember, Istria does not offer just the sea and sun-bathed coast! Istria invites you to go along the paths of new, attractive and unique experiences!

Histri, the first known inhabitants of the peninsula, left the traces of living in the name which Istria carries today. The rich cultural soil was insulated by numerous peoples who planted the testimonies of their culture in construction, painting, gastronomy and architecture, which have been preserved until today, representing world class monuments. In the Roman era, a new way of arranged living was introduced in Istria, first urbanisations were carried out, roads were built and towns created, as a new form of community. During the Roman Empire prosperity, some of the most famous monuments of that period were constructed – the Amphitheatre and the Temple of Augustus, both located in Pula. Following the fall of the Roman Empire, Istria fell under the Byzantine Empire rule, during which period construction of sacral buildings was flourishing. The Euphrasian Basilica in Poreč has been preserved as the most beautiful monument of that era. Together with the Roman and Byzantine empires, Istria was also under the rules of the Venetians, Habsburgians, Napoleon, the Kingdom of Italy and, since 1990, Slovenia and Croatia have shared the territory of the Istrian peninsula.

Each part of Istria will tell you a separate story and, during your stay, you will have the impression of forever wandering to and fro between different worlds. Life on the coast of Istria has always been closely connected with the sea, many sailing on it, looking for shelter, but also fishing. It is hard to resist the beauty of the peninsula, winning and seducing many people to stay. Sailing along the deep blue Istrian bays, you will come across picturesque Mediterranean towns, which boast their hundreds of years old heritage, surrounded by most beautiful beaches and numerous islets. Find your sanctuary at Aminess Sirena Campsite and abandon yourselves to adventurous exploration of the coast!

If you start your journey from the north of Istria, you will first reach Umag, a town which proudly maintains the image of the centre of Istrian sports as the host of ATP Konzum Croatia Open, a tennis tournament, but also as a well-known cycling centre. If you continue your journey towards the south, your next stop is Novigrad, a magic fishing town, where the sea washes against the town walls, in which the memories of one-time turbulent times are engraved. When you return to the present and continue your journey, you will be beckoned by the deafening sounds of the bell tower of the Euphrasian Basilica in Poreč, which, within its walls, hides an abundance of picturesque and luminescent mosaics. On the green peninsula, between Novigrad and Poreč, nests Camping Lanterna, offering a morsel of the Adriatic on spacious pitches by the sea, mobile homes appointed in the Istrian style and an experience of luxurious camping in style, so-called glamping. In the distance, on a small hill, you will see Rovinj, a town with narrow streets, high stone houses and minute squares. Catch your breath in the bell tower of the Church of Saint Euphemia and let the Rovinj archipelago islets seduce you. Call also at Pula, which will greet you with its magnificent Amphitheatre, wave to the virgin intact nature of the Brijuni archipelago and, along the east coast, head for Labin. This town, immersed into the greenery of nature, keeps its art, culture and inhabitants inside its walls, from which it closely keeps an eye on the pearl of Istria – Rabac – an oasis of white pebble beaches and crystal clear sea.

Should you fancy a spot of refreshment during hot summery days, go along the roads of legends and history into the inland area of Istria, a separate world where you can come across numerous traces of former civilisations and ways of living, delighted by the gentleness of the continent with which the inland of Istria exhales, fill yourselves with peace, but also with energy from the breath-taking, clean nature. Get curious! Climb to the small medieval towns, located on hilltops and latticed by narrow streets that follow the course of the walls, which will take you to the heart of the town life – the square. These small towns dominate the landscapes, inviting you to hear their tales of the secrets of their endurance, but also to host you in excellent taverns, rural agritourism facilities, best wine cellars and take you for a tour of olive oil trails. When you get to know and taste the inland area of Istria, you will keep returning to it, with your arms spread wide, ready to embrace it.

If you have already been to Istria, you can witness its tales and layers of a long and rich history, numerous traces of its one-time lifestyle and customs, amalgamated with the modern achievements of today. You have certainly been convinced that Istria is a place which, within a small area, offers a magic holiday, which you can tailor to suit your desires. As its geographical shape also confirms, Istria will always warmly welcome you, host you and give you the best it has, the best of Istria!

An oasis of gourmet enjoyments – truffles, olive oil and wine

A breath of history

Find the historical heritage at every step of Istria

Get to know Hum, the smallest town in the world

Decide to camp in Istria and use the advantages of the green coast, bathed in the Adriatic Sea!

Would you like to enjoy all the advantages and the beauty of campsites, but like the comfort and feeling of your own home? Relax on the terrace of your modern mobile home at one of the numerous campsites of Istria. 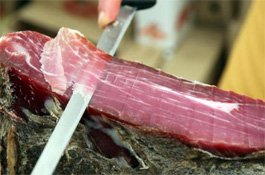 Of a protected status, traditionally dry prepared with sea salt and natural herbs in secluded Istrian villages, Istrian prosciutto is a true taste of Istria and a pride of an Istrian man. Get into family prosciutto producing facilities in inland Istria and, with a glass of a good wine, taste this unique delicacy! 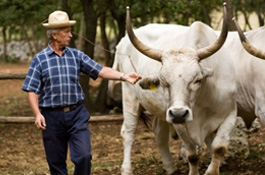 An animal which, at first sight, instils awe and admiration, in the history of Istrian culture, for peasants and their families, boškarin meant life and help in farming. Once important for land farming, today the boškarin meat is a top delicacy, served only in selected restaurants and taverns – konobas in Istria. 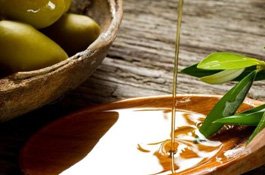 Hundreds of year’s nurtured tradition of olive growing has produced one of the best world olive oils. Although it will for sure decorate every restaurant’s table and enrich almost each Istrian dish, we recommend that you visit some of the well-known olive oil producers and, as a souvenir, take health with you in a bottle. 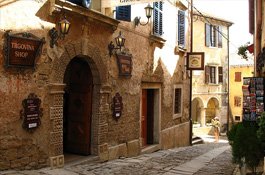 Head for a town of artists, located on a hill, in the background of the calmness of the Mirna River. A small town which breathes for art will offer you fresh air, accompanied by well-known jazz tunes, narrow stone alleys and squares, enriched by galleries which will not leave you indifferent! 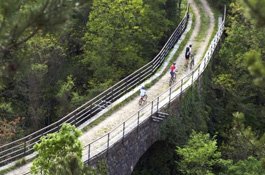 An old railway, deeply impressed into the hilly greenery, once connected Poreč with Trieste, the inland areas of Istria with the coast. Today, it creates friendships, adventures and experiences as a cycling and recreational path. Jump on your bike and go exploring! 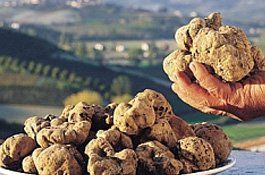 The truffle – a jewel of the Istrian gastronomy has ruled around these parts for years. Visit Buzet, a town of truffles, and taste its traditional specialities, enriched by this unique gift of nature. Our first choice is pasta shapes pljukanci with truffles! 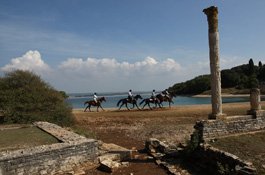 Rest your soul in the Arcadian greenery of the National Park Brijuni. Rent a bike on Veli Brijun and experience the exceptional beauty of the safari park, where deer, zebras, giraffes and other animals live in freedom. 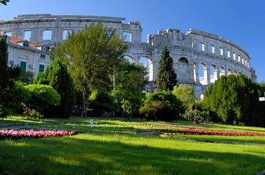 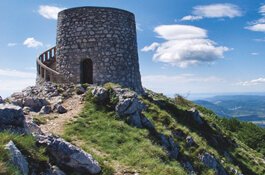 In spring, it is nicest to be in nature – walk to the top of the Učka Mountain and rest your soul looking at the sea, the Kvarner islands on one side, and Istria, spreading below, on the other. It is not without a reason that this is one of the most beautiful panoramic views in this part of Europe! 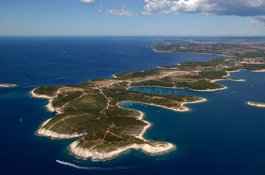 An interesting cape, protruding in the south of the Istrian Peninsula, is a special treasure of Istria. Pebble and stony bays, bathed in clear turquoise sea, are the main features of Cape Kamenjak. Our recommendation: a day excursion with barbeque and an inevitable jump from the high cliffs, which, in their bosom, hide the beauty of a deep-blue cave.

END_OF_DOCUMENT_TOKEN_TO_BE_REPLACED

Make your search easier with a list of the top campsites in the Adriatic!
Seek inspiration among the most visited campsites on the AdriaCamps website!

Your request has been successfully received!

We will make sure that someone from our team takes over and responds to your request as quickly as possible (in the following 24 hours during the workdays).
If you do not receive our answer within 24 hours, please check your Spam folder just in case the email got delivered there instead of your inbox.

Due to the uncertain travel situation, it is important to book flexibly. At AdriaCamps you can cancel this accommodation free of charge up to a few days before your arrival, to stay on the safe side.

AdriaCamps.com uses cookies to give you a better user experience. By clicking the "OK" button you agree to use the cookie.Ok